Get Started Today!
ACCESS OUR SCHEDULE
& Book Your Free Private Lesson for Kids or Adults

By opting into the web form above you are providing consent for John Wai Martial Arts Academy to send you periodic text messages. Standard rates may apply. You can reply HELP at anytime or learn more. You may opt-out anytime by replying STOP.
ACCESS OUR SCHEDULE
& Book Your Free Private Lesson for Kids or Adults

By opting into the web form above you are providing consent for John Wai Martial Arts Academy to send you periodic text messages. Standard rates may apply. You can reply HELP at anytime or learn more. You may opt-out anytime by replying STOP.

NOW OFFERING AMAZING VIRTUAL CLASSES TOO!!! JOHN WAI MARTIAL ARTS was swift to adapt to Covid-19 changes and requirements allowing members to keep training via online classes while also maintaining safe in person training with social spacing, extra cleaning, and sanitizing measures. They even implemented virtual game/activity nights for the kids. It doesn't get any better than this. A TRUE Martial Arts Family. We LOVE this place. THANKS JWMA!

I have only been a member for a short period of time, but I absolutely love it! Everyone from the instructors to the members will make you feel like family. The instructors are motivating, inspiring, and will make your goals their goals. I'm always excited to attend the intense, yet fun, kickboxing sessions and my Kung Fu trainings. Glad I found them!

John Wai Martial Arts is an amazing academy that offers so much to such a wide range of people. The instructors have great personalities that make you feel at home. Very very happy to come here every week for kickboxing, and to find friends with goals like myself :)

John Wai Martial Arts Academy is by far the best place around for studying Martial Arts. Kids and adults alike can learn a variety of forms such as Kung Fu, Sanshou, and jiujitsu. Best of all John Wai's staff members are knowledgeable, friendly, and 100 % professional! My whole family attends John Wai Martial Arts Academy and we are more well-rounded, happier, healthier, and stronger because of it. If your on the fence, hop off and walk into JWMA; you'll be happy you did!

This place has been by far the best place for martial arts for my son . The instructors are very nice and knowledgable and take the time to teach the right techniques !
Not to mention the adults kick boxing class is addictive !!!

So glad I signed up for the web special and ended up joining! The instructors are great and actually take the time to learn your name and get to know you. The workout is great and I actually look forward to working out. Honestly can't say enough good things about this place.

I don't write reviews often, but I just wanted to make it known how great this school is. My 6 year old daughter has been taking Kung fu classes here for about a month now. She absolutely LOVES it. All of the instructors are impressively both talented and incredible at their art, while always going above and beyond to make it a fun and enjoyable class for the students. I love watching the children learn while having a great time. They build confidence, discipline and an early appreciation for martial arts. I really can't say enough about this wonderful place.

I give John wai martial arts plantation five stars because not only did they help me drop 30plus pounds in a year but they change my life! And help me accomplish so many hurdles I've face throughout my journey. I can honestly say the instructors dont just come to work and clock in; they value each and every memeber as YOU were the only one. If you're searching for a fun, clean and friendly cultured lifestyle that would mode you inside out; mind, body, and soul JOHN WAI MARTIAL ARTS is the perfect platform to help you get in the best shape of your life inside and out!!

This is a great place!. I really like the atmosphere, the people, and especially the kickboxing classes. I can't complain. The trainers are awesome and that makes you want to go work out. Before I would have to drag myself to the gym, now I can't wait to go through a few punches or do a few burpees. If you haven't thought about kickboxing or martial arts, I would definitely consider it. :)

Gotta love this place. This is a great atmosphere to work out and be able to achieve your fitness goals. John Way Martial Arts Academy has the best people on staff to help you get fit and have fun doing it. Can't get enough of this place. Hope this review helps you join this fantastic group!! :)

Myself and kids have been members of JWMA for 4 years now. This place has become our home away from home. My wife and myself always say that bringing our kids here has been one of the best decisions we have made for our children. This isn’t just some typical strip mall MMA gym this place literally is family. Now that we are all living in these strange times of self isolation and stay at home orders the online version of JWMA has become the one constant in our lives and this is incredibly important to our kids through this time. At the end of the day of school from home they still get to improve on all of their facets of MMA they have been studying for years, but they also get to stay connected with their JWKF family. All of the staff members here are truly the best you could imagine from any person in any line of work. Even though we are Plantation, FL residents we are currently in Tulsa, OK during this crisis taking care of a family member. We really don’t know what we could do without the availability of this virtual school version of JWMA. We can’t wait to get back to the “real thing” but in the mean time this allows us to stay connected to what we all need most........hope.

Outstanding place! Staff are very approachable, knowledgeable and all in all great with kids. Today's event really has given my children the confidence they need. Was the best decision I've made for them in regards to dealing with bullies. Thanks for having us!!

Joining John Wai Martial Arts is one of the best decisions I've ever made! It has changed my life completely. When I first started I was 100+ pounds overweight and I had no previous gym experience. I was extremely nervous and apprehensive about joining because I couldn't have imagined being able to successfully lose weight and establish a healthy lifestyle. Well let me just say, in 6 months I lost a total of 60 pounds and have lost so many inches off my waist it's mind blowing. The instructors passion and charisma make the classes so much fun and addicting! I can personally say they are like a second family to me.

John Wai Martial Arts is the best place to get your fitness on. You will burn more calories here than anywhere else and have a great time doing it. In addition to that you will be learning skills that will help you build confidence and could save your life. The instructors here are all top notch, join and you won't be disappointed.

Truly one-of-a-kind world class family owned martial arts and fitness training facility. My family I were members here for many years. I highly recommend you check it out. You won’t be disappointed! 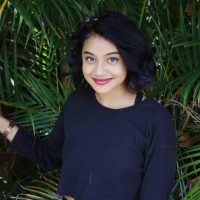 I’ve been coming to this school for about 2 years now and I never stop learning or pushing myself here. Owner is very conscious and makes it a priority for all members to feel comfortable while training. ESPECIALLY FOR LADIES. Fun and friendly staff! I take advantage of kickboxing, kung fu, Bjj, and (pre-COVID) Muay Thai. Always fun!

Finding the Fighter Within – by Aziza Mustafa

Most people wait until the end of December to reflect on the year that has past, but for me September is almost like the start of my new year. Last year at this time, I was unemployed (or, what I like to call on “corporate hiatus”), and super LOST. Not because I didn’t have a job, but because nothing out there seemed to speak to me. I didn’t know EXACTLY what I wanted to do, but I told myself I wouldn’t settle for something just because I felt the need to seem like I was doing life “right.”

September of 2018 I started my first FIGHT CAMP at John Wai Martial Arts- 8 weeks of intense training like a fighter. I had loads of time to commit to a program and I decided to dive right in. Before Fight Camp, I did a few days throughout the week of Kickboxing and Kung Fu, but never set foot in a Muay Thai or Sanshou class. Still feeling new to the martial arts scene, Muay Thai and even Jiu Jitsu just seemed intimidating and I didn’t think either was for me.

Without anything to lose, I threw everything I had into the camp. I ate extremely well, worked out twice a day, ran a LOT, and noticed that I actually really enjoyed the challenge. My coach, Tamer, told me to get my butt to the striking classes and get over my fear!! Well, I bought a mouthpiece, some shin guards and now I don’t know what I was waiting for! I have seen so much improvement just from attending everything John Wai Martial Arts has to offer.

I still get some members that approach me after class and want to know how long I’ve been training for. What they see is the Aziza post-fight camp. The one who is up and off the floor in Kickboxing and hitting the bag with some purpose! They see me go from one class to the next (and sometimes the next), and I say it’s been only a year since I decided to take my fitness up a level. I enjoy talking to members about their own journeys, and I like to remind people that everyone has a first day. I definitely am not the same fighter I was when I started to first train at JWMA back in January of 2018.

This whole year has been really hard, and I’ve made a lot of adjustments and lifestyle changes, but making changes to your life won’t come without a little blood, sweat, and

actually a whole lot of tears. In one year from Fight Camp Season 2, I found a company I was willing to work for, made new connections and friends, trained for a REAL fight and a few other little things along the way. I am always searching for what’s next…

Time to kick it up a notch and prepare for my next challenge: Camp OVERDRIVE! Couldn’t think of a better way to push myself again. All I can say is I am so ready!